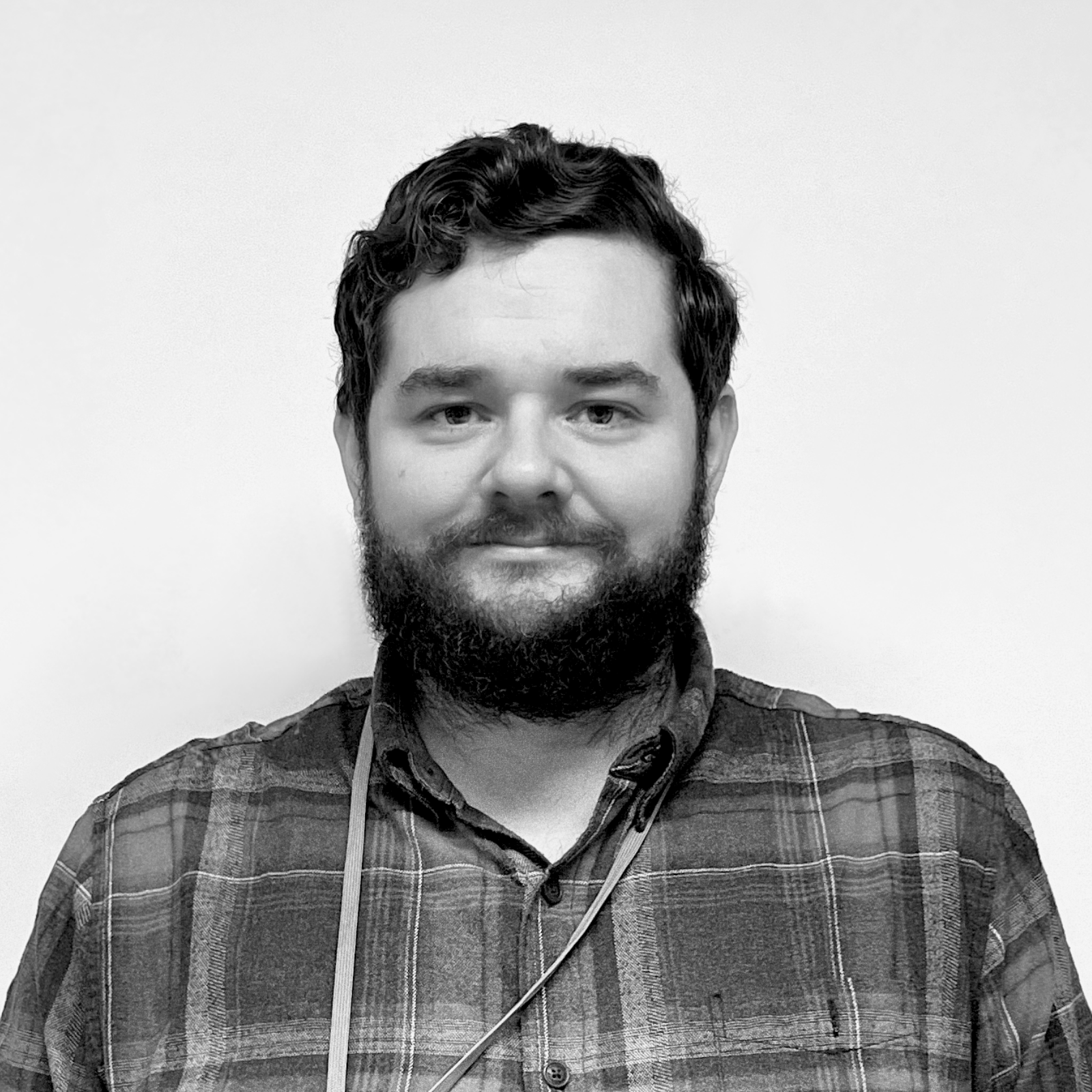 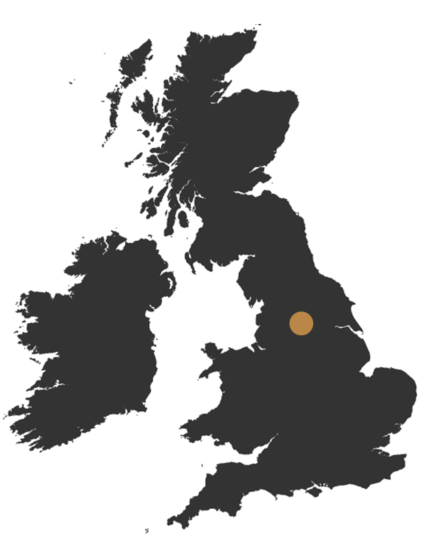 “With optical computing, what we do is rather than use electronics and transistors, we use light.

Specifically, in our case, we use a technology called silicon photonics. This allows you to construct optical systems and circuits on silicon in much the same way that you construct a regular electronic circuit.

This way you can go to high gigahertz levels of speed without incurring the same problems that electronics do. What we do specifically, that distinguishes us from all other computing companies, is we do Fourier optics.”

Students who have carried out far field diffraction experiments in undergraduate laboratories will be familiar with the concept of the Fourier transform.

“Say you’re uniformly illuminating a very narrow slit with a coherent light source. What you get projected in the far field is a sinc function, which is the Fourier transform of a step function (specifically, the field amplitude over the slit).

What we do is find ways to make systems that encode and process information. So, rather than having a single narrow slit, you can control the phase and the amplitude over points in the spatial domain (this can be used to encode digital information into the optical field).

What you get out at the other end is an optical Fourier transform; then we digitise that, and then we can use that result in a calculation. That’s the core of what we do.”

The current application Optalysys has found for this technology is FHE, Fully Homomorphic Encryption, which you can read about on their website here. As such, Joe remarks that the company is currently more of an information security company as they are focusing on making hardware specifically for this type of cryptography, but that the technology itself can be applied in more areas.

Joe applied to multiple PhD programs in various fields as well as multiple jobs throughout his academic and professional career and did receive some rejections.

“You go on LinkedIn, you find people talking about the long slog of rejections. It hasn’t actually been like that. [But if you do get rejected,] you do just brush it off. It is inconvenient mostly, because you actually do need to make a living. You don’t take these things to heart too much. I mean, yes, they’re inconvenient. Yes, unpleasant. But you know it’s also not going to plough you into the ground.”

Joe first heard about Optalysys from a recruiter who reached out to him as he was finishing up his PhD. He found the offer interesting as he learned more about the company and what they were doing at the time in 2019, having come from a very varied background in physics.

“I wasn’t really focusing on one particular area and then carrying that forward. My research has involved several different things. So I started my MPhys looking at tokamaks, then moved on to fluid dynamics, solid mechanics, materials modelling for my PhD and now it’s optical computing, specifically cryptography. So it’s been a very broad grounding in a lot of different subjects.”

After being interviewed and being enthusiastic about the direction of the company and their ideas, Joe took up a role at Optalysys as an Applications Engineer where his primary role was to find applications for the technology Optalysys was developing.

“So when I started, the business was focused quite heavily on AI. I looked at several different areas, including AI for fluid dynamics naturally, and we also found lattice-based cryptography fairly soon on.

Then, through a conversation with a friend of mine, we identified FHE as a candidate because FHE relies very heavily on Fourier transforms. Something like seventy to ninety percent of the computational effort in encrypted evaluation is in Fourier transforms. So that was very useful. It’s put us on this path.”

When joining the company, Joe was expecting to do a lot more coding than he has ended up doing over the last few years. Instead, he ended up making quite a big impact in a more commercial sense.

“I could see that we were doing a lot of very interesting work in the space. I also saw that we had a very small external footprint in terms of what people could actually see of the business. We were having to constantly explain the idea and the advantages.

So we began a public engagement system through our Medium blog, putting out information that people could read up on before they talk to us, and it would answer a lot of questions. That was phenomenally useful and successful, and became quite a lot of my job. We’ve recently started that back up again with a significant push.”

Optalysys is a relatively small company and Joe believes that this has allowed him to progress rapidly and have a larger, more visible impact with his work.

“It’s a startup. So there’s a lot of highs and lows in terms of business progression. But when things go right and when things are going in the right direction it’s a very good feeling, and obviously, if you start further down in a big company, it can be hard to see what the broader purpose is.”

“The biggest learning curve from a professional perspective is actually having confidence, maintaining confidence in the decisions you make, and having the confidence to make more decisions. Especially when you’re influencing strategy within a business. The more confident you get, the more you rack up wins within the context of what you’re trying to do, the more you understand that what you’re doing is correct, what you’re doing is useful. You certainly can get a little bit of imposter syndrome, but then much of that drains away as you continue to push forwards.”

Other than gaining confidence in his work, Joe also had to learn how to use many different pieces of software including Blender, WordPress, and online whiteboards, all to support the start-up environment at Optalysys while they figure out what works best together.

“The degree level Physics is helpful in the role. Right now, as a cryptography company, there is quite a lot of what you would call the pure maths of number theory, and that isn’t something that’s really ever covered either as an undergraduate or indeed in my doctorate. But obviously the mathematical background helps.”

The most useful professional skill that Joe has developed, from his undergraduate degree through to his doctorate and continued career, is the ability to communicate clearly and effectively, especially with complicated topics.

“I’ve certainly gotten better at it over the years. Communication I’ve always been reasonably strong at, you know, even before I went to university. But when it comes to talking confidently in technical calls, a huge amount of that has come from the many (hundreds?) of investor meetings that we’ve had over the years where I’ve been involved.”

Since Joe’s role involves many principles undergraduates will encounter while studying a physics degree, he stresses the importance of not focusing too much on the physics solely for the physics, but rather for the sake of the business:

Joe added that, of course, unless you are going into pure research, in which case you’re likely doing physics for the sake of physics! In that vein, Joe would say to consider your finances when trying to decide whether to go into industry as opposed to further study or laboratory research.

“Definitely the private sector work, business work, does, as I’ve found, pay better than going into like the corpus of pure research. This is universities, but also things like government laboratories like DSTL. That is something that you have to take into account, it is not trivial. It is, in fact, going to be quite a significant part of your life and the direction it takes. Do consider that. But if you can only see yourself doing pure research and you actually have the opportunity to take that, then do that.”

“For all that we’ve made enormous progress over the last several years, we’re still fairly early on. There are a lot of very interesting challenges that come with the business as it grows, and we are now starting to encounter some of those. They are very interesting, and I’m enjoying working with them. We have a very, very novel product in a very, very novel field that has potential to grow explosively. So yes, I would like to continue to do this job, because that means that the field is taking off, and that would be great.”