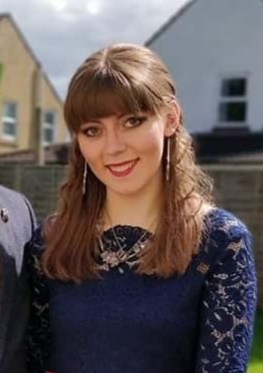 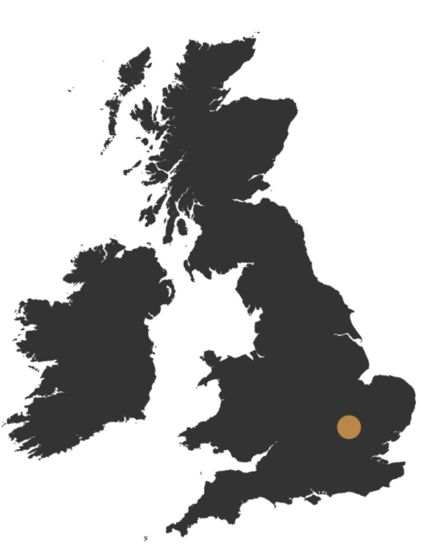 Suzy works as the Global Head of Analyst Development at Darktrace, a cyber security company. Her main areas of responsibility within the Analyst department are recruitment, training, and retention, and her workplace currently has a hybrid working structure. Before working for Darktrace, Suzy graduated from the University of York with an MPhys in Physics.

“There’s quite a lot of meetings. That can be with my own team, or it can be with other managers or other teams. Also, sometimes I have external communications, maybe to customers, or it could be to students – and when I say students, I mean all the way from year six to the end of University.”

Outreach work is something Suzy has always been passionate about since her days at the University of York, and she has recently been encouraging her Darktrace colleagues to do more outreach work with schools, universities, and businesses.

“It was something that I started doing at the University [of York] with the Physics outreach department, and it kind of never stopped. If you’ve got that mindset of wanting to be an ambassador and telling people about what you do, it doesn’t really leave you.”

Whilst completing her degree, Suzy took part in two placements – medical physics work experience at Leeds Teaching Hospitals and a research internship at the University of York. Entering into her final year of study, Suzy had her heart set on going into the field of medical physics. Having undergone a long application process for a job in the field and receiving a rejection, she was left not knowing what to do.

“I kind of lost hope, and I just went ‘I don’t want to do it anymore. I don’t know what I’m going to do.’ I sulked for a bit, and then I thought ‘You know what? Get over it, Beanland. You need to get on the career ladder’. You might get hit. You might think ‘Oh, that’s all I wanted to do’ but there are so many other things out there which you can still find a passion in, and I think I’ve found that.”

After receiving the rejection, Suzy uploaded her CV to Indeed and applied to a few Data Analyst roles as her research placement and Master’s project had focused on data analysis. She was found by a recruiter for Darktrace.

Suzy received a call from the recruiter and was invited to an in person interview a few days later, in Cambridge. The recruiter gave her some topics in the cyber realm to look into and she spent the weekend learning everything she could about those areas, having done no prior learning in anything related to cyber security.

“The interview itself was quite a daunting thing to go to. I got to the office, they put my phone in a lock box and sat me in a board room. I was asked a mix of personal and technical questions. The topics I’d prepped were very relevant to the questions I got asked, and then there was a nice technical scenario which helps you think critically, and that’s how they can assess your skills.”

Suzy didn’t know anything about the cyber industry before the recruiter reached out to her and she spent that evening researching the company, becoming more interested in the prospect of working there the more she read.

“The interview really helped set the expectations for the job. I started as an Analyst back in 2018, and I did that for about a year and a half, but then I moved jobs within the company. Even if something didn’t meet my expectations, I could mould my job to make sure that it kept me happy and on track.”

“Learning curve? Absolutely. It felt exponential, especially in the first three months. We had to learn to use the Darktrace software which was a learning curve in itself. I did dabble a little bit in Python, but any of my university alumni could probably tell you I was terrible at programming so that just didn’t stick! There was an opportunity to do Python, but – this is going to sound really basic – learning to use a Mac was a big learning curve. I used Windows all the way at University, and using the command line on the Mac was a new skill. But really it was the Darktrace interface that was the biggest thing to learn, alongside the whole field of cyber security.”

Darktrace is a cybersecurity company founded by mathematicians and cyber defence experts in 2013. Darktrace has over 2,000 employees with offices in Cambridge, London, Singapore, San Francisco and more.

“Darktrace is a global leader in cybersecurity AI, delivering complete AI-powered solutions in its mission to free the world of cyber disruption. We protect more than 7,400 customers from the world’s most complex threats, including ransomware, cloud, and SaaS attacks.” – Darktrace

When asked how much of the theoretical content of her degree she uses, Suzy responded:

“Absolutely none. It’s a shame. I say this quite a lot, ‘Am I even using my degree?’, but it’s not necessarily the content you learned from the physics or maths side of things that can be the most valuable for the job. It’s the transferable skills you pick up while you’re doing it.”

“For me it would be ‘Don’t be so focused on being a purest physicist’, because you can still use your physics in a plethora of different industries. You don’t need to feel like an impostor once you leave thinking ‘I’ve got this degree that I’m not using’ because you pick up so many things at university that you just end up doing naturally after you leave.”

As well as not focusing solely on the theoretical aspects of a university degree, Suzy would highly recommend that current students try not to be too complacent in the early years of their studies, as getting experience, even if it’s not in an area of physics you are majorly interested in, is still extremely beneficial, both for your employability and for narrowing down your future career path.

“If you get some experience in something completely different, it shows you are more well-rounded. So keep trying.”

Suzy would also recommend that students make a LinkedIn account as soon as they can, as the platform has seen a boom in job opportunities since COVID-19.

“If you meet someone at a careers fair, you can reach out afterwards. I’d recommend that students reach out multiple times – maybe a few months down the line, a year down the line – reach out again just to keep that name fresh, because I’ve had that happen where proactive students have reached out to me and it’s made me consider reaching out to them when they graduate.”

“I can see me sticking around for a long time. It’s a very exciting company to work for. We went public last year, which meant that suddenly we’re in the public eye, and people know who we are. Family and friends may see Darktrace on the news and ask ‘Don’t you work there?’. Yes, and it is great to be here, so I think I’m going to stay long term.”